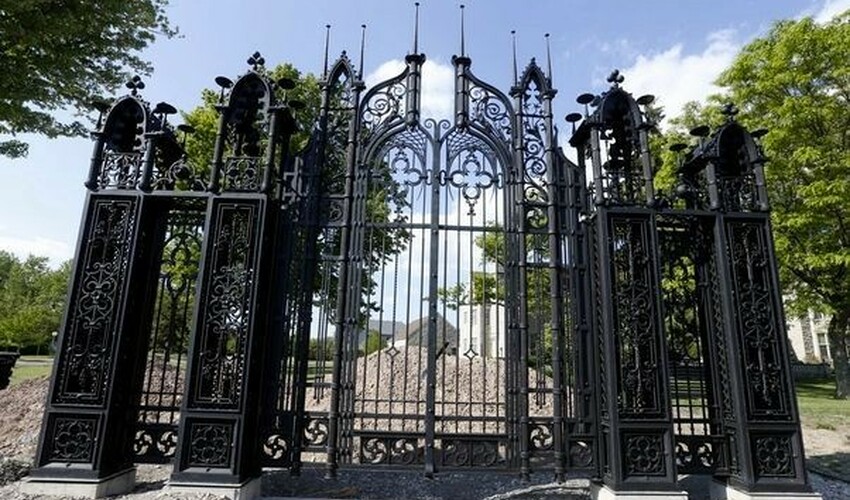 About the Artist Oleg Shyshkin.

Oleg Shyshkin is the owner of “Wrought Irony Art Ltd.”, Canada. This year the company celebrates its 25th Anniversary in North America. In August of 1996, Oleg Shyshkin, an architect by profession, opened a creative studio in Toronto, Canada, for the design and artistic forging of wrought iron. In short order, it became one of the most renowned and sought-after in North America.

Shyshkin had extensive experience as an architect, interior designer and artist in his homeland, Ukraine, in Russia and Moldova, where he had supervised and participated in many prestigious projects. Early in his career, Shyshkin had been fascinated by artistic blacksmiths, which he considered an intensely graphic form of art. He believed no other technique could transform lines into art as well as wrought iron.

Shyshkin imported old European traditions of artistic forging to North America. Blending his love of French Art-Nouveau and Art-Deco, he created a personal style that is unmistakably his own. His originality has intrigued clients, who rush to place new orders.

He creates the designs himself; from preliminary sketches to architectural working drawings; and does most of the fabrication as well. Every work is one-of- a-kind, confirming Shyshkin’s originality.

From 1996 to present the company, directed by Oleg Shyshkin,  created many unique and finest projects in the United States and Canada.

Award of the Year (Mitch Heitler Award for Excellence)

Although his business now has its headquarters in Oakville, Ontario, Shyshkin is receiving more and more orders from the United States. He has completed projects in California, New York, Connecticut, New Jersey, Florida and Illinois as well as throughout Ontario.

Photographs of Shyshkin’s work and the articles about Oleg Shyshkin, his company and wrought iron works were published in many Professional Magazines, books and newspapers in the United States, Europe, and Canada.

Some architectural compositions was shown in the movie " Isn't it Romantic", 2019

As a sculptor and architect, Shyshkin has produced art works that highlight artistic individualism. His rare combination of architectural and artistic blacksmiths skills creates unusual results. Today the reputation of this studio is widely recognised. Masters such as Oleg Shyshkin bring prestige to the profession of artist-blacksmith. Once people have seen Oleg Shyshkin’s work, they look at metal in a new way.

“Iron is iron, but it belongs to us,” says Shyshkin. “We model from it, like from wax; because we love it. And iron can feel it.” 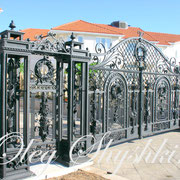 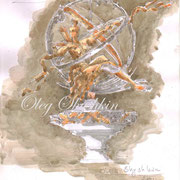 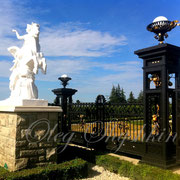 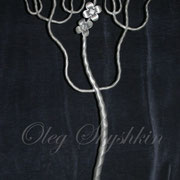 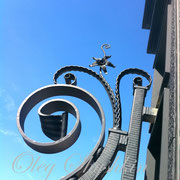 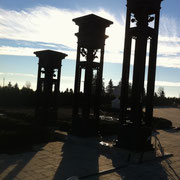 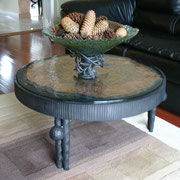 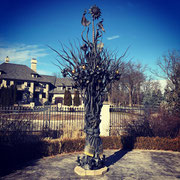